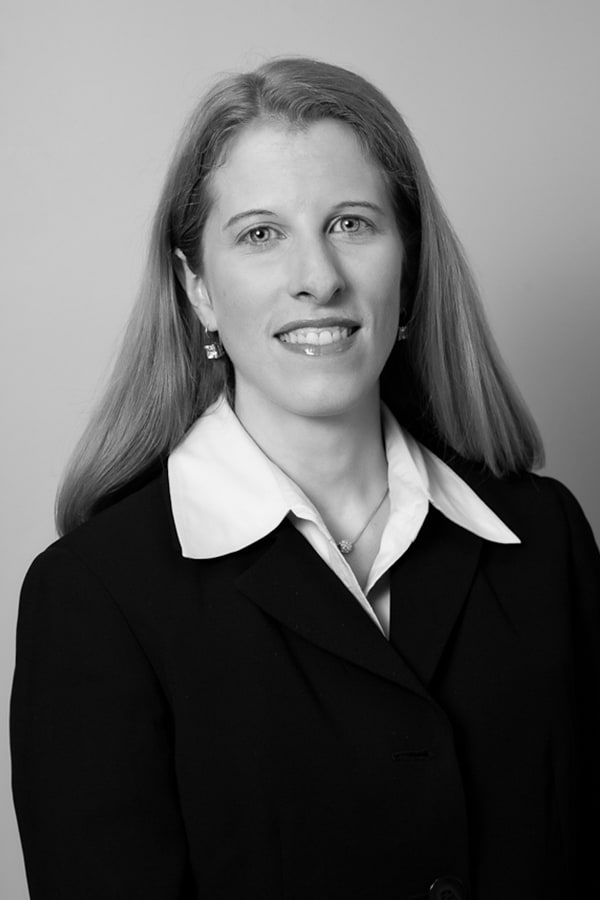 Megan Redmond is an original member of Erise IP and a first-chair intellectual property litigator.

Clients benefit from her pragmatic litigation philosophy, which focuses on developing strategies to terminate cases quickly, while, at the same time, preparing each case for trial – should that need arise.

Before attending law school, Megan worked at the University of East Anglia in Norwich, England, where her research on pig eyes and cellular regeneration was part of a study aimed at improving cataract surgeries in underdeveloped nations. She applies this work in the laboratory to help find novel solutions to highly technical problems.

Among her recent matters:

Megan’s zealous protection of her clients’ property rights extends beyond the realm of IP to real property. She has significant experience in real estate litigation, including land, title and nuisance matters.

In one notable case, Megan represented a municipality that sought to stop a publicly traded company from transporting rocks from a quarry down a residential street. The jury awarded Megan’s client verdicts for $1.9 million in compensatory damages and $10 million in punitive damages on the claims of negligent repair and public nuisance.

Megan frequently speaks on litigation matters; recent presentations include the Association of Intellectual Property Firms and the Kansas Women Attorneys Association, among others. She is an active volunteer with Operation Breakthrough, a non-profit that supports children in poverty and their families.